Jaw-Dropping Aquariums You Should Consider Visiting 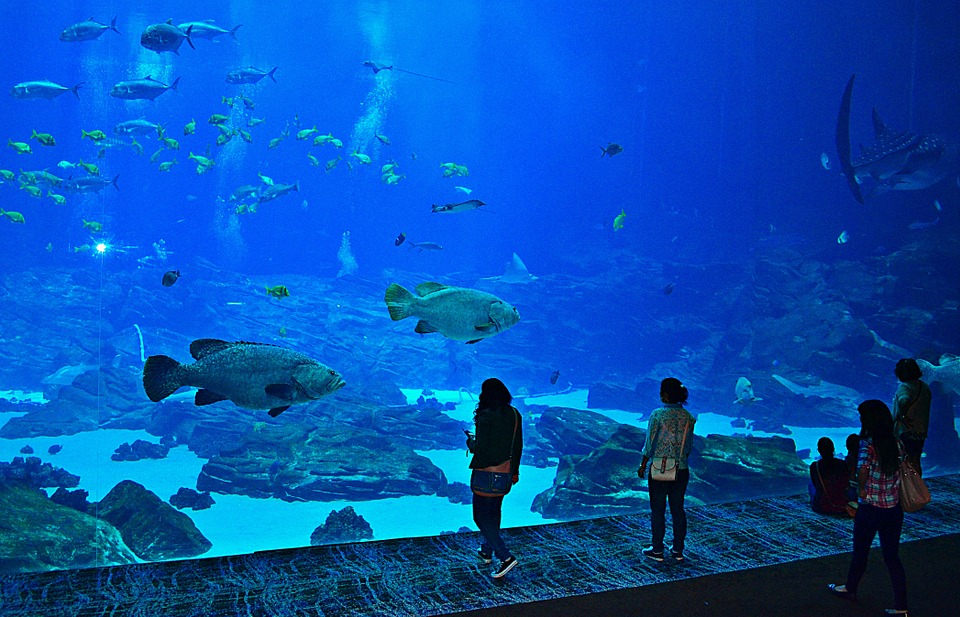 Man’s fascination with displaying sea animals dates back to the time of the Roman Empire and over the years, innovative public and private establishments have come up with amazing aquariums to display increasingly more exotic sea creatures. The combination of artificial lighting, unbelievable display, décor, surprising exhibition details and other technological enhancements make each of these aquariums scattered around the globe a must-see. 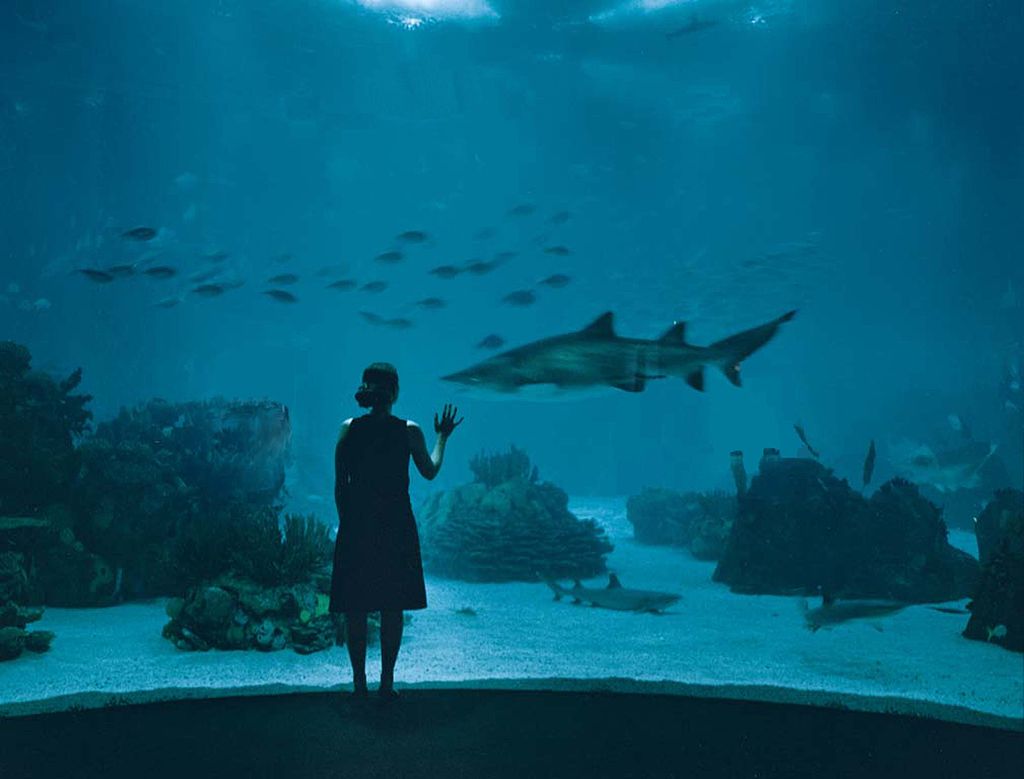 For marine life enthusiasts, it’s an experience of a lifetime. Here’s a list of the top 7 most unforgettable and jaw-dropping aquariums you should consider visiting now.

Once known for having the largest acrylic panel in the world, visitors to Japan must include The Okinawa Churaumi Aquarium to their list of places to see. It was opened in 2002 and is located in the Ocean Expo Park.

This aquarium features an exhibit called the Kuroshio Sea and contains 2 million gallons of water housing a multitude of creatures including whale sharks and manta rays. Whale sharks in particular, require an incredible amount of space to thrive and this aquarium has the distinction of being one of the few, select aquariums to host these majestic creatures. 4 manta rays have been born in the aquarium over the past 3 years and the other exotic fish can be clearly seen through a huge acrylic glass panel.

The uShaka Marine World aquarium, located in Durban, South Africa is built to resemble a ship’s wreckage giving it a unique and different feel from other aquariums. It’s a themed aquarium and park and is the largest aquarium in South Africa.

You get to see up to 32 tanks, home to possibly every sea creature on earth, varying from several large dolphins and sharks to tiny sea horses. The dolphins in particular are the most amazing attraction as they are trained to display various acts for the audience. Truly an enchanting experience.

With all the time spent exploring, you’re likely to get hungry: no problem. The eateries in the aquarium, like the Cargo Hold Restaurant, let you eat without missing out on the underwater experience. The restaurant aquarium wall has sharks swimming right up to have a look at you.

Though The Monterey Bay Aquarium has run for 32 years now, it still holds its position as one of the most unforgettable aquariums in the world. It host’s over 35,000 aquatic animals made up of at least 623 different species. The two large tanks have a capacity of 1.2 million gallons of water each and one of them is identified as having the largest single-paned window on earth.

The generally dark and quiet atmosphere inside the aquarium makes for a more realistic underwater feel.

Visitors will not lack for choice as the marine life on display include whales, hammerhead sharks, exotic turtles, stingrays, bluefin tunas, sea otters, variety of jellyfish, sea sardines and wolf eels. The aquarium is open all year and is educative as well as entertaining for the whole family.

Located on the popular island resort of Sentosa, this family-friendly aquarium takes you back in time to discover Asia’s maritime heritage. Starting from The Maritime Experiential Museum, you get to learn a short history of the sea trade in the region and watch a brief video about the voyages of Admiral Cheng Ho.

Thereafter, enter the marine realm of S.E.A. Aquarium, home to over 100,000 marine animals from 800 species, living in 49 different habitats, each one as fascinating as the next. It’s truly an unforgettable experience with well maintained, beautiful displays.

The underwater experience is almost magical with coral reefs and fish with such vivid colors, you will be spellbound. There are 2 walk-through tunnels displaying other things including a shark tank.

L’Oceanografic is located in the historic Spanish town of Valencia and it was built as a water lily-inspired structure. It’s generally considered to be the largest aquarium in Europe and certainly one of the largest worldwide, occupying approximately 110,000 square meters of space and a tank containing 1.85 millions of water.

The aquarium is strategically located in the middle of the City of Arts and Sciences, a futuristic themed complex in the city. The displays include sea creatures from three ecosystems: the Antarctic, Arctic and the Mediterranean Sea. Visitors get to see at least 45,000 aquatic animals from these three regions combined.

The Aquadom is a unique kind of aquarium in the sense that with it lacks in size, it makes up for in mesmerizing structure.

It’s located inside the Radisson Hotel, Berlin, Germany so obviously the space available is less than other aquariums. But, just wait till you see the cylindrical, see-through, dome shape that runs 25 meters in height and 11 meters in diameter. The cylinder holds about a million liters of water, housing more than 2,600 sea creatures. There is a transparent elevator running through the center of the entire tank that will take you to the upper observation deck for a better view.

Dubai will not be left out of any list that involves structures, and aquariums are no exception.

Located in the gigantic Dubai Mall, the Dubai Aquarium and Discovery Centre has the largest acrylic panel in the world, a title previously held by the Okinawa Churaumi Aquarium.

The aquarium, as a whole, hosts over 33,000 sea animals from 85 different aquatic species from all over the world, in a 2.64 million gallon tank. Animals on display include stingray and sharks etc.

A visit to any or all of the above marine wonders will bring you face-to-face with many of the world’s living treasures under the seas.