The Incessant Evolution Of Motherboards 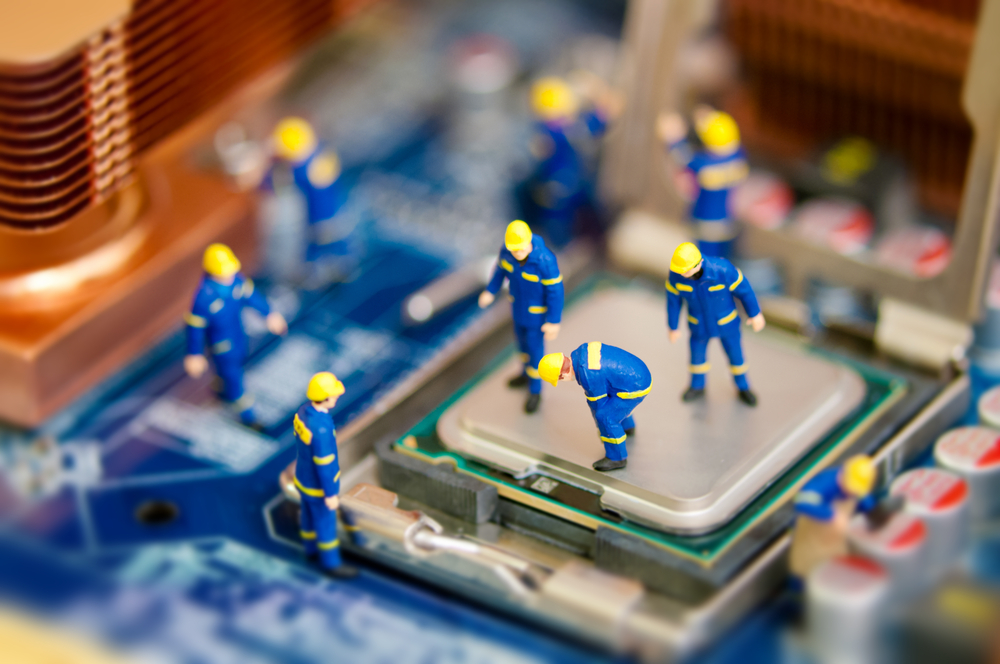 The motherboard is the most vital component of a computer. It is a complex printed circuit board, or PCB, that is the central part of all electronic systems. They are also known as logic boards, main boards or system boards. The motherboard offers electrical connections to other components and also houses the CPU, which is considered the brain of a computer.

Motherboards are present in all electronic devices, such as mobile phones, electronic watches, etc. and include the essential components of a computer. These are the main memory, the microprocessor and the microprocessor supporting chipset. The motherboard revolutionised the way in which all computer systems are designed. Whether you are buying a used computer from Gumtree, a refurb from Laptops Direct, or a brand spanking new MAC, it will have a motherboard.

Before microprocessors came into existence, computers were built into mainframes that had countless slots for connecting wires. Wires, needed to connect card connector pins, soon became a thing of the past when PCB’s were invented. The PCB allowed the CPU, memory and all other peripherals to be housed.

In the late 80’s and 1990’s a single Integrated circuit, or IC, which was capable of supporting low-speed peripherals, such as a mouse and keyboard, were included into the motherboard. By the time the late 1990’s were rolling in, the motherboard was a multi faceted platform that integrated video, audio, storage and networking functions.

The Most Notable Changes

This applies particularly to laptops and other highly customisable pieces of hardware. The more modular the device, the more useful it is to have peripheral functions located off the motherboard, even though the system is still quite centralised.

Such motherboards typically have lots of sockets into which other peripherals may be plugged.

Devices that aren’t modular, however, such as televisions and mobile phones, tend to have all their peripheral functions located on a single motherboard, termed an integrated motherboard. This is by far the cheaper and more space efficient of the two motherboard models, but simply isn’t practical for all devices.

Everything in a computer has to connect to the motherboard, making it the most important component of a computer. This importance has limited innovation. Today’s motherboards are standardised.

Different motherboard manufacturers use different form factors, which mean that every type of device connecting into the motherboard corresponds to different companies. IBM is dominating here, but there are other dissident manufacturers with their own standards as well.

Motherboards keep getting smaller, and there has so far been no bottom limit to the smallest size. This in turn means there is no limit to computers generally. However, the shrinking has led to increased heat output per unit space of components. This can lead to device overheating. This problem has led to significant progress in the creation of effective heat-sinks that dissipate the heat safely.

Heat may be a limiting factor in terms of motherboard size.

Technology has grown in leaps and bounds in an attempt to keep up with man’s need for faster, lighter and better capabilities. The need to reinvent is constant and with every passing year, more breakthroughs are being made.