Google reported to be sending warnings for natural links 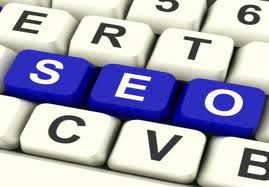 As if it was not enough that out of the fear of Google had prevented many people to link to other sites and also made them request that legitimate links be pulled down, some people have now reported that Google is actually sending warnings for unnatural links to some sites which in reality are based on links that are natural. It has not been confirmed it the warnings have been sent often but Barry Schwatz, from the Search Engine Roundtable, seems to have established at least an example from the help forum thread of Google.

The webmaster said that he received a warning from Google in February but explained that it was understandable as he had worked with Search Engine Optimization that did adverts previously and had received a lot of unnatural links from individuals he didn’t recognize. He explains further in writing that they spent the last few months contacting various webmasters and getting links un-followed and removed and in the process disavowed about 500 links. After that, they also stopped the redirection from their old domain which he says has quite a number of spammy links point.

The webmaster says that according to them, they have done everything possible to comply with the guidelines of Google and it has been at a significant amount of time and cost to the company. He also adds that they have totally stopped working with the agencies as they try to follow a quality approach. The webmaster says that after Google declined their last request for consideration, they were sent URL, http://sustainablog.org/2013/07/furniture-recycling-endangered-animals/, as an example of one of the bad links.

The web master claims that the post is completely legitimate and it was not in any way influenced by them. He explains that the post contains information about a campaign they are running, adding that he feels as if the link warnings are sometimes just random and that after that, he didn’t think there was any sense in filing another consideration request on the same circumstances. The webmaster also notes that there is no existing relationship between his company and the blog that Google has said contains bad link. A participant in the discussion points out that the keyword link “Guide to Recycling” contained in the article and pointing to the page of the webmaster could be the cause of the problems.

However, the webmaster responded that the keyword link had been chosen by the blog itself maybe because they thought that it would describe best what his company did. He says further that his company had no influence in it and it did not have an interest in being ranked for the keyword “Guide to Recycling”. Considering the webmaster’s story, the link that Google had warned about seems to be a natural one. More interesting is that the participant who suggested the issue was the “money keyword” also complained that the same thing happened to their client. Schwartz thus suggests that the webmaster disavows the link and finds similar ones like it and do the same. However, even if this is excellent search engine optimization advice, it also brings into light that webmasters are possibly being forced by Google to ignore links that are legitimate.