Is A Cheap Sat Nav System Your Best Bet For Satellite Navigation? 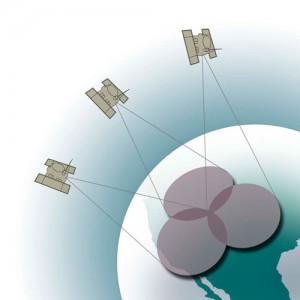 Picture the articulated lorry wedged between 18th century cottages on a narrow village high street. Commiserate with the poor tourist hoping to visit Hampton Court Palace but ending up driving around Birmingham’s Bullring instead of leafy Surrey. Satellite navigation took the lorry driver and tourist on these misadventures but don’t let them blame an electronic device for their problems. Newspapers, the internet and the high street are overflowing with tempting sat nav deals. Their price is not always a guide to their quality.

The first step in buying a sat nav is to decide whether you are a gadget person or not. Internet prices may be half of those in high street shops for the same device. If you are not familiar with these gadgets and do not have any idea how to programme them, visit the high street store and pay the extra pounds or pennies. Then, you can see the different sat nav makes and touch them and learn to programme them. See how you can plan your route by programming in a postcode, street name or local monument.

What do you want a sat nav for and where do you want to use it? Sat navs can be portable, hard-wired into a vehicle or software loaded on to a smartphone. If you don’t plan to drive outside of Britain, you don’t need to pay the extra price for road maps of southern California. You do need to ensure that the supplier provides regular mapping updates. Quarterly updates are the best as at least 15 percent of national road systems change annually. The sat nav deals can be quite cheap and then ask you to buy separate updates online. The cost of the update may be the same as that of the original bargain and you could be left with an increasingly expensive toy.

Sat navs can hold either too much information or too little for many users. It takes practice to decide what you need to know. Live traffic information, alternative routing in the event of a serious accident or weather conditions and inevitably, speed camera locations, have become standard additions to most sat nav expert systems. A vehicle tracking system that marks your position on a portable or removable sat nav after you’ve parked your car in an unfamiliar place is worth every penny.

A cheap, used sat nav can be a bargain if you are familiar with manual settings. Older models did not switch automatically to night mode, leaving drivers with something like a bright television screen attached to the dashboard. Spend a little extra for an automatic night mode that also switches on in tunnels. Buy a Bluetooth sat nav and synchronise it to call hands-free to your home and office phones and receive voicemails, emails and texts.

Take care with the voice over and ponder just how long you will be able to survive with it. The standard default voice over grates after a while but it is often less irritating than a celebrity voice. The grumpy old man or breathless reality starlet can be amusing for a while until the driver feels road rage coming on.

Whether two-dimensional or three-dimensional, sat nav maps will never give you the same amount of detail as an Ordnance Survey map or similar maps from other countries. Keep the sat nav for the cities, roads and speed cameras. If you want to find that ancient stone circle in the backwoods of nowhere, pack a paper map.