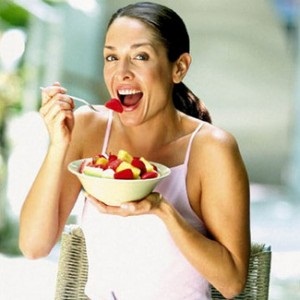 Adventure Guide – Where To Find Lost Treasures Around The World

Did you know that there are still many lost treasures hidden around the world? There are actually hundreds of valuable stashes of gold, jewels, and other treasures that have never been found. Pirate treasure, sunken ships, and treasures lost along the way of these historic voyages are scattered across the globe. If you fancy yourself a treasure hunter, you will enjoy visiting the following locations to hunt for hidden gems.

The lost treasure of King John is currently lost somewhere in the United Kingdom. This treasure has been lost since 1216. It has an estimated value of $70,000,000. The treasure consists of silver, gold cups, crown jewels, gold coins, and much more. The treasure was lost when King John separated from his soldiers on a trip to NewarkCastle. His soldiers traveled through the marshes and were trapped by the tide. The carts were lost and never recovered. To this day, treasure hunters scour the marshes of the UK for signs of the treasure.

The City of Paititi

Paititi is the true city of cold. When the Spanish fought the Incans in 1572, they escaped to the rainforests of Brazil with all their gold. The estimated value of this collection of treasure is over $10 billion dollars. It contains all the treasures of Incan gold and artifacts of that time. If you fancy yourself a treasure hunter, you can travel to the Brazilian rainforests to hunt for the treasure in the ancient settlements located there.

During the Second Anglo-Boer War, Dutch settlers in South Africa hid their gold to keep it away from the invading British. Boer President, Paul Kruger is believed to have made off with most of the treasures. However, some of the gold was left behind, and is hidden somewhere in the North Eastern Transvaal of Africa. The current value of this treasure is estimated at $250 million, and contains mostly gold coins and ingots.

The Flower of the Sea was a large Portuguese frigate built in 1502. The ship was loaded with a large treasure and set sail onto the sea. However, the boat was lost in a storm in the Straits of Malacca. The ship wrecked on the reefs of Sumatra and the gold sank to the bottom of the sea. To this day, the treasure has yet to be uncovered. The estimated value of this treasure is set at $2.6 billion dollars, and mostly consists of gold and silver bullion and coins.

Spain needed funds in 1712, and the country sent a fleet of treasure ships from Cuba to help give the country much-needed cash. The fleet set out just before hurricane season to deter pirates, but the plan backfired. The fleet was lost in a hurricane seven days after leaving the harbor. Half of the treasure was recovered, but the other half remains lost to this day. On the islands around Cuba, some treasure still washes up from the fleet every now and then. Seven of the ships have now been located, but much of the treasure and some of the ships are still lost. It has an estimated value of $2 billion dollars.

If you happen to find any of the hidden treasure on your adventures, you probably won’t be able to keep most of it, but you might get to keep a piece or two of what you find. You may even turn up some other treasure that has been lost along the way. If you do recover ancient jewelry or gold, take it to a jewelry repair store like The Gold Cobbler to clean and repair the antique piece.