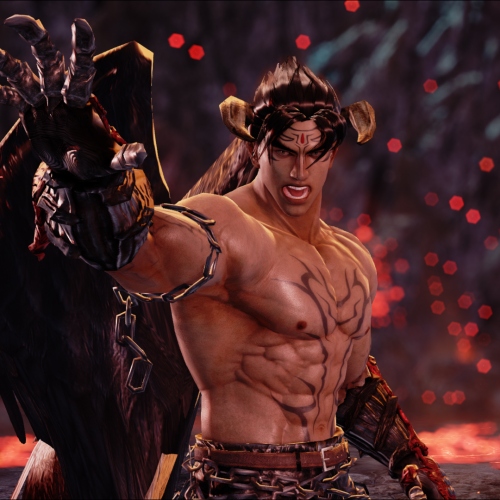 Tekken has always been geared towards consoles. The fighting game was launched in  1994 by Namco (later Bandai Namco Entertainment) being the first fighting title series introducing 3D animation to the gaming industry. Since then, the sequels have shot up with fans across the globe eager to grab their copies as soon as the launch date strikes.  The series has never been known to pay attention to the PC domain. But according to PC Gamer, reports of Bandai Namco considering the possibility or releasing Tekken 7 for PCs by this fall is doing the rounds in the internet forums.

A Bandai survey has been spotted going around gamer forums attempting to dig in about a planned PC version of Tekken 7—yet to make its way to the West on any platform. Taking a cue from the previous attempt at launching a PC variant- Street Fighter X Tekken, which turned out to be a disappointment to the gaming franchise, we are yet to see if the plans will really go through.

It’s unsure whether the PC port is the ‘Tekken 7’ or the newer variant ‘Tekken 7: Fated Retribution’ though we hope they port it to Windows in the coming months. The rumours suggest that Bandai Namco intends to compete with “Street Fighter” and other third person fighter games in the big leagues- the Personal Computer space where it is yet to open a front.

We have learnt that the Unreal 4 game engine which powers the core has enabled Bandai Namco to leverage its resources and help channel the game into a new pipeline- the PC. Besides the happy news about the launch to a whole new league of PC gamers, we have also come to learn about certain aspects of the storyline which can include spoilers.

Apparently Jun, the mother of Kazuya makes a return to the franchise. According to the teaser, despite Kazuya swearing to punish Heihachi’s acts of violence to Kazumi our sources say she might not be dead after all. Despite the 19 year long gap (in the tekken universe)  between Tekken 2 and Tekken 3, Harada claims that the head ogre is holding isn’t Jun. That’s odd since most of the characters in Tekken 2 was killed by Ogre, one whom was presumably supposed to be Jun. Since rumours suggest her return in Tekken 7 is almost but confirmed, we believe things are bound to get interesting.

Meanwhile speculations are rife about Tekken heading to Virtual Reality which the Bandai Namco was quick to turn down. Senior game designer, Michael Murray clarified that it’s not as easy as fans expect. “Our announcement of attempts to utilise VR for tekken was met with “Oh, really? So now are we going to be playing in first person hitting each other. That sounds lame”. He further added that the first generation Virtual reality technology isn’t capable of handling the features and awe of Tekken and could be considered in a later phase as the technology further matures.

As for the core of Tekken 7, without leaking hints about the PC launch, he added that popular characters such as Lucky Chloe will be playable and the customization of the characters in the game have been amped up.

Unfortunately Bandai Namco is keeping mum about the official launch dates for the PC versions, so we’ll keep you posted on additional information.