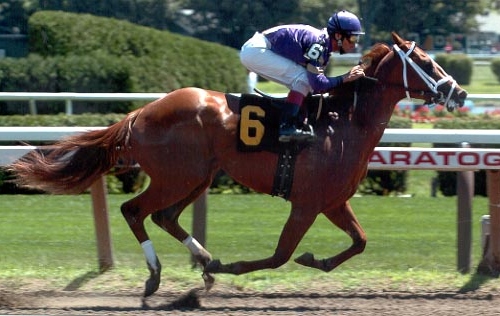 Horses are one of the important domesticated animals because they are still having their wild capabilities without any loss. At least the domestication of the horses date back to about 500 years as per the archeological evidence and the chariots used in 2500 BC were found to support this. In the ancient times the middle Asia is very famous in rearing horses and many Asian countries used the horses for war. The speed of the horse still remains as a scale for measuring the capacity of certain machines. This clearly explains the popularity of horses all over the field off history.

In those ancient days horses are mainly used for war purposes and a little is known about ancient time racing. But in the later phases of horse domestication it’s understood in a better way and is considered as the best companion for human. The horses can act in union with an individual human linking his soul and the body with that of the human individual. Thanks for their wild characteristic features such as speed and arrogance but at the same time thanks for its union with human kind. After this better understanding the horses are used in races for the purpose of sports. It remained as a sport of entertainment for the noble lords and the knights, but there is a noble man who is used to ride the horses. But even then the evidence for betting is not seen. But now the horse racing is used as a legal gambling mainly in developed countries like Australia, United States of America, Britain, and many other such countries.

In the modern days betting also a plays a significant part as it is responsible for the generation of the funds. This fund which is generated by the betting money is used to issue the prize money for the winners and the organizations will use this money for any other practices such as building new infrastructure and advertising, etc. for example the Cox Plate is a famous grade one horse racing held in Australia and it uses the betting money for the generation of funds like any other racing event around the world. There are three types of horse race is conducted in the parts of world now. They are named as follows

Of these many types flat racing is the most common form of racing used all over the world and it has a field which is in the shape of an oval. They do not have any kind of obstacles and often maintained in a leveled manner.

Jump racing is the kind where obstacles are used in the pat god the horses and the size of the hurdles may have many definitions which includes the age of the horse. Endurance horse racing is tried only if the horse is able to complete the jump racing usually but it is not a ticket for participating in the endurance racing.