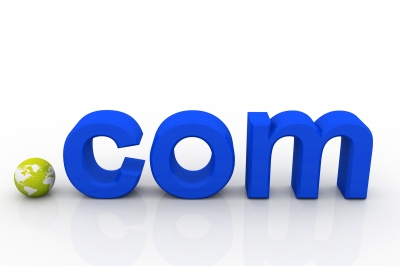 Blizzard speaks about auction house and PvP for Diablo III: Reaper of Souls

Right after the announcement of Diablo III’s expansion pack Reaper of Souls, Blizzard has spoken about where exactly  the development team is situated with two of the most controversial features of Diablo III: the addition of the auction house, and the inexistence of player-versus-player combat.

In an interview during the conference Gamescom 2013, game director Josh Mosqueira stated that the auction house would still be existent in Reaper of Souls, but that the game was being built so that players will be tempted away from it.

“Trading items is one of the things you do in a game like Diablo,” Mosqueira said, “and because of that we still feel that the original intent of the auction house–providing a safe and secure means of players to trade items–is still working really well. In fact, in the territories that don’t have an auction house the number of account compromises is totally out of whack with the rest of the world.”

“The problem is that we made the auction house too easy to use. There’s not a lot of friction there. And that’s really been a lot of the motivation behind Loot 2.0, to really make sure you’re finding the best items in the most fun way possible: through playing the game.”

Loot 2.0 is Blizzard’s term to describe Reaper of Souls’ new attitude towards item drops, with the expansion changing the game to drop fewer items, but of higher quality. Legendary drops will also feature more of an emphasis on modifying the skills of characters, encouraging players to think further about the way they spec their characters. Blizzard is also introducing Loot Runs, a randomly-generated 15-20 minute dungeon which promises lucrative riches if completed.

As for player-versus-player combat, Mosqueira said that’s “something we’re still experimenting with.” Blizzard had once planned to introduce a PvP Arena mode into Diablo III at launch–even demoing the mode at Blizzcon 2010–but it never made the final game. A PvP brawling mechanic was added to the game in patch 1.0.7, released at the start of 2013.

“I can see it from a player’s perspective,” said Mosqueira, “‘yeah, Diablo is awesome you click on things and things die. Imagining two players going at it would be awesome!'”

“I think the challenge, and what we’re trying to find, is that Diablo III feels great moment-to-moment because it’s a game that’s really build around one player versus a horde of monsters. So there’s a lot of [area of effect], a lot of control abilities, and the combat really works. But when it’s put into player-versus-player, it really stresses those systems. ”

Diablo III: Reaper of Souls will raise the game’s level cap to 70.

Thanks for the read and keep it up!