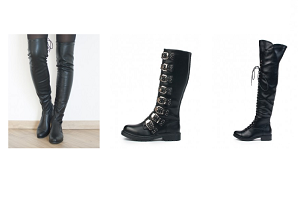 According to a new report by an environmental group, communities in the state of California  spend $428 million every year to ensure that plastic and other trash are kept off the streets and to prevent it from polluting beaches and waterways. In a brief about the trash problem, Natural Resources Defense Council said that for many people, the food wrappers, cigarette butts and soda bottles are gone bits of dirt that reach the streets and then wash away. However, the dirt does not disappear and it is very costly to clean.

The study, which was released on the 28th of August, was founded on the information that was provided by 95 communities throughout the state on how much money they spent on sweeping the street, picking litter, cleaning waterways and beaches, maintaining and cleaning storm drains, installing devices for trapping trash that flows with the runoff down the storm drains and on public education programs on the impact of litter on waterways. The communities varied in size from about 700 residents to almost 4 million and at a range of distances from the streams, rivers, waterways and lakes. In total, the community spent an approximate 428 million dollars on management of litter, reducing the debris. This is an estimated $10.71 for each resident.

The town of Los Angeles topped the list of spending with over than $36 million each year. It was followed by San Diego with around $14 million and Long Beach with about $13 million. Other towns that were in the top 10 list of spending were: Hayward, San Jose, Oakland, South Gate, Merced, Sacramento and Redondo Beach. Leila Monroe, a senior attorney in the ocean programs by the council said that trash polluted the streets, waterways and beaches and it was costing the California taxpayers and the local governments hundreds of millions of dollars each year. She said that that was money going to waste, which would otherwise be invested in the police, schools, firefighters or improvement of public parks.

In addition, the study said that the actual cost of dealing with trash might be greater than the estimates as the report did not include the recycling and routine waste management costs at the levels of the county and the state. Moreover, it did not include the losses caused to the tourism industry caused by litter that can damage the habitat and kill the fish and other wildlife.

The report, which was produced for the Natural Resources Defense Council by Kier Associates, asked for more actions to be taken to reduce the litter, particularly the plastics. The report also noted the counties that had banned the single-use of food containers and plastic bags. In addition, it said that the communities ought to work together with the state in an effort to limit the discharge of litter into the waterways. The Natural Resources Defense Council said that the state of California needed a program that will share the increasing cost of dealing with the plastic trash among the plastic producers, the taxpayers and the local governments.