Voting Technology to Help the Disabled

Cities in the United States often use various methods to assist the disabled on voting day. This typically consists of transporting the handicapped to voting sites in a wheelchair van and ensuring the disabled have access to voting sites. Legislation such as the Americans with Disabilities Act of 1990 ensures that polling places accommodate disabled voters.

Now, voting machines have the capability to accommodate people with a range of disabilities. This technology ensures that the disabled voters truly do have equal access to polling places.

Long Beach, California plans to use voting machines for visually impaired individuals during the April 2012 primary elections, according to Gazettes.com. These machines are able to issue audio commands to users, allowing them to vote without assistance, even if they are completely blind. This will mark the first use of these voting machines in Los Angeles County and is an important step in providing independent voting for the disabled.

Dolores Nason, executive director of the Disabled Resources Center, was nearly brought to tears when she saw some of her volunteers, workers and clients using these machines during a demonstration. “People who have disabilities, they still want to be independent and they want to keep their dignity,” she told Gazettes.com, “and being able to vote can be a big part of that.”

Los Angeles County has 88 cities, 60 of which have municipal elections. Long Beach used an independent contractor to conduct its elections until 2006, and this city has been improving its voting facilities in-house ever since. In 2006, Orange County began using the e-slate voting machines, electronic machines that directly record voting machines. Anyone can use these machines, but they are especially useful for people with disabilities.

E-slate machines issue voice commands through headphones for the visually impaired. The large buttons are easy for people with motor disabilities to control, and those without any use of their hands can control these machines with a sip and puff device. An e-slate machine displays the entire ballot as if it was a paper ballot and also allows the user to modify previous choices before submitting the ballot.

Long Beach officials will install four e-slate machines at City Hall for the 2012 elections, which run from March 12 to April 3. The city decided to buy these $24,000 machines instead of electronic poll books, which allows voting officials to review voter information. Officials plan to install e-slate machines at all 270 polling locations, although this will require several years to fully implement.

Voting machines allow the disabled to maintain their independence and keep their dignity while voting, in addition to increasing the number of people who vote. These machines also allow the handicapped to vote independently, thus ensuring privacy for all voters.

In order to ensure equality at the voting booth, this technology should be widespread, rather than contained in such a limited area. With technological advancements being made every day, it is feasible that, assuming everything goes as planned in California this year, this technology can be available nationwide by the next presidential election. 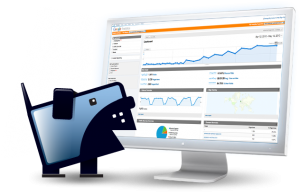 To do so, internet marketing services need to rely strongly on modern day marketing analytics that can serve to offer them great insights into the efficacy of their online marketing plans and strategies. A successful web marketing strategy is always in great need of sprucing, adaptation, and modification, to become able to keep itself abreast with ever changing dynamics of virtual world. Given below are some most important ways to help online marketers sharpen their marketing strategies with appropriate marketing analytics. Those include:

Blogging is one important way of keeping viewers’ interests alive in a particular website. Online marketing experts can resort to their blog analytics for determining the most resonating topics for their targeted audience. Relying on statistical performance of various of your posts and topics, try to identify a pattern your audience likes and use that to further create high quality content very much relevant to it.

Similarly, a great deal of sprucing can be done for rounding up your SEO strategy in the best possible manner. Mere Link building services do not suffice in present times for success of an SEO campaign. Web marketing experts should resort to analytics for seeking betterment in keyword research to solidify their campaigns.

4) Improving landing pages and Calls-to-Action for a campaign

Landing pages and CTAs (Calls-to-Action) are one of the most important elements of an online marketing campaign. SEO analytics can be of great help in analyzing CTRs (click-through-rate) of any given CTA as well as probing conversion rates of a particular landing page. Remarkable improvements can be sought through appropriate scrutiny of relevant stats in this regard.

Due to their significance, SEO analytics have received much fame and acknowledgement by renowned online marketers throughout the world. Make sure you also exploit them in the best possible manner to improve the efficacy of your online marketing campaigns.