The Most Common Vegan Nutritional Deficiencies 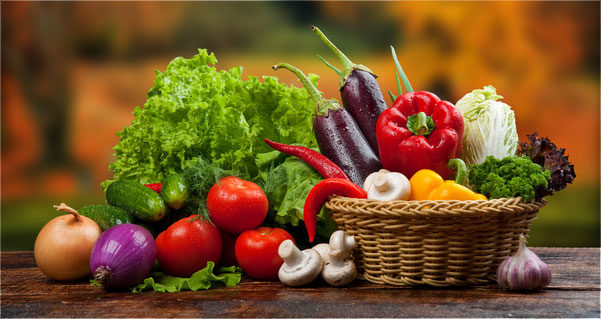 Thinking of becoming a vegan? Vegans, which are the most strict form of vegetarian, do not include any form of animal product in their diet or life. There are a number of clear health benefits of becoming vegan.

Some of these include:

Many of those who adopt a vegan diet notice improvements in their blood pressure levels, as well as a decrease in their overall cholesterol profile. So much so, many doctors recommend that people adopt vegan or vegetarian nutritional principles at least a couple of times a week.

All of this said, there are some nutrients that vegans unfortunately are at risk of lacking in. If these are not remedied, it can cause long-term harm to their health as well as energy levels.

Let’s look at the most common nutritional deficiencies that vegans typically encounter and how you can best make up for these.

The first one is the one that tends to be most obvious – protein. When most people think of ‘protein’, they tend to think of chicken, beef, or fish. And rightly so. These are the best sources of protein around.

Vegans however, won’t eat any of these. They also shun other forms of protein such as dairy and eggs.

Those eating a vegan diet will want to focus on consuming carb sources that are higher in protein overall. This means plenty of beans, lentils, and legumes.

They’ll also want to turn to vegetarian-friendly protein sources such as tofu and tempeh.

In addition to this however, I’d recommend that you look into a vegetarian friendly protein powder that contains a high protein to carb ratio. There should be far more protein than there is carbohydrates. This will make it easier to get your protein needs met while keeping your calorie intake in check.

Rice, soy, or hemp protein powders are available that will fit the bill perfectly.

The next nutrient that vegans tend to fall deficient in is iron. Iron, typically coming from beef, helps with red blood cell formation and will ensure you stay energized throughout the day and during exercise.

Those who do not get enough iron in are more likely to become anemic, which will mean you are fast to fatigue (especially during your workouts!), you may notice brittle hair and nails, and you may also find you feel cold all the time.

Unfortunately, while you can get iron from plant sources such as spinach or kale, it’s not as absorbable by the body as what you’d get from meat sources. As such, you may still not meet your daily intake.

The best bet here is to consider supplementation. Check with your doctor and run some tests to see if you are low in iron. If you are, he or she will likely recommend a supplement to use.

Also be sure that you avoid consuming foods that interact with iron levels in your blood, lowering them further. This includes consuming too much tea, coffee, as well as fiber.

Avoid these when eating foods rich in iron (such as spinach) or when taking your supplement.

Vitamin B12 is the next nutrient that vegan eaters need to become more aware of. This nutrient is also commonly found in animal based foods, namely chicken and beef.

Symptoms of vitamin B12 deficiency include having low energy levels, feelings of depression, experiencing a numbness and tingling in the hands or feet, as well as having impaired memory levels. Some individuals in more extreme cases may also experience high levels of nervousness and paranoia.

As there are few plant foods that contain vitamin B12, either look for vegan-friendly products that have been fortified with this nutrient or consider supplementation here again.

For most vegan’s, supplementation is the best route to go as it will give you the assurance that you are getting enough.

Calcium is the next nutrient that vegans need to be very aware of as they are likely to show deficiency in this vital mineral. Calcium is important for maintaining strong bones and preventing the development of osteoporosis later on in life.

The best bets for calcium in the vegan diet include leafy green vegetables such as spinach, collard greens, and kale.

In addition to that, they can turn to tempeh or tofu that is fortified with calcium.

If you are still not eating enough calcium on a daily basis, adding a supplement will be beneficial here as well. Also remember that you need vitamin D along with calcium to support strong bones, so vitamin D supplementation is a must as well.

Most people, vegan or not, do not take in enough vitamin D, so all individuals should be supplementing with this one.

Finally, the last nutrient that vegans will want to consider adding more to their diet is zinc. Naturally found in animal meats, most vegans will fall low in this nutrient unless a conscious awareness is made to get more in. Add to this that most vegan sources of zinc are not absorbed as well as animal sources of zinc, and the vegan requirement can be as much as 50% higher than non-vegan eaters.

Vegan-friendly sources of zinc include pumpkin seeds, cashews, chickpeas, mushrooms, spinach, kidney beans, lentils, almonds, walnuts, sunflower seeds, broccoli, and oatmeal. These will provide the highest levels of zinc per serving, so focus on eating these on a daily basis in your diet plan.

So there you have some of the main nutrients that vegan eaters should be more focused on consuming. If you are missing out on any of these in your diet plan, make sure you make a few changes to bring them back into your protocol so that you don’t suffer negative health consequences.

If you take care of these, you should be well on your way to superior health because of your vegan diet plan.