5 Reasons Why Desktops Are Forever 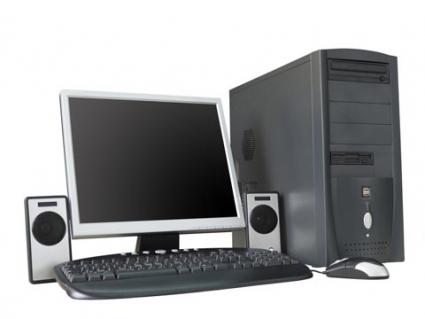 When the pioneer of modern computer said that the days of desktop Pcs are numbered, he unveiled the replacement in the form of iPad. It has been over a decade since his statement, but still people tend to prefer using desktops compared to laptops and other mobile tablets. However, the release of Windows 8 RT tablet may change the scenario which Steve Jobs predicted.

Even though it is an intriguing proposition, but the prospect of these mobile devices destroying your desktop is still something that you might never witness. If you think that I’m making a bold statement here then, the following points might change your opinion as well.

This point is the pinnacle decision maker when people are comparing two things to buy from. And buying or upgrading a desktop is a cheaper affair, then doing the same to a laptop. So, in order to finish the market share of desktop, Laptop manufacturers need to produce quality products at a cheaper rate which is not a likely scenario.

This point is somewhat conquered by the smart tablets. However, when it comes to high-end machinery, people prefer to invest in desktops instead of a laptop for fulfilling their requirements be it for gaming purpose or running sophisticated software. The processors integrated into your desktop is far more powerful than the one integrated into the motherboard of your laptop and times more powerful than the ARM processor of any mobile phone or tablet.

The limitation of a laptop is tested, when you need to connect multiple hardware to your device simultaneously, for example, a keyboard, a mouse, USB handset and a pen drive. Since there is limited space available on your laptop, that is why you can connect only a few external drives at a time, which is not a case with a desktop.

With a laptop, there is a limitation of the screen size. It can be as big as the laptop, or you need to connect your laptop to an external screen if you intend to watch a movie, play some game or for some work. You may be surprised to know that working on a larger screen actually enhances your productivity. That is why most of the offices around the globe have systems installed in their offices instead of giving a personal laptop to each member of their team.

Instead of buying an already available version of laptop or desktop, you can build your own desktop from scratch. It can have the features and specifications that you want in it. Also, if any particular hardware malfunctions, you can get it replaced or altered without disturbing the rest of the configuration, which you can’t if you own a laptop. Even though they too can be repaired and upgraded but then you need to change the entire motherboard for even little defects.

Don’t get me wrong. Even I’m super crazy about the latest smartphone and tablet, but as long as desktops are built cheaper, more powerful, durable and versatile they will continue to have a space of their own in our world, and that’s the hard truth.