What To Consider When Choosing The Best Gaming Pc 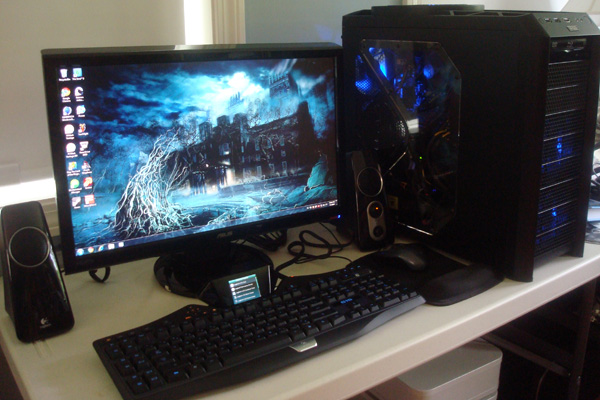 There was a time when PC gaming fell by the wayside, being mostly dominated by gaming systems such as the PlayStation, Xbox, and the Nintendo Wii. However, if sales in PC games are any indication, PC gaming is quickly rising in popularity once again. The demand for PC games has been great In fact, PCs and laptops are now being specifically designed for the purpose of gaming. How can you choose the best one for your needs? That will depend on these ten considerations:

Thinking about your budget can be a real buzz kill, but it’s the most important consideration to make. It isn’t hard to go above and beyond your financial means when spending on a gaming PC, so you need to think about:

For example, everyone loves the idea of running dual graphics cards. But if you have a limited budget, this is likely something worth leaving out. You can always have it added later on when you build up your finances.

Some people love first person shooters. Others prefer real-time strategies. Depending on what you play, certain components or aspects of your PC may be more important to you:

● The most modern first-person shooters place graphics hardware at a higher priority than CPU performance
● Turn-based war games require a faster CPU, and likely not a higher end GPU
● Real-time strategy gaming is best served with a fine balance between graphics and CPU

Speaking of graphics, gamers also have to be realistic about their display. Many PC custom builders, for one reason or another, will spend hundreds of pounds on high end graphics cards. The problem: they are spending that for a display on a 1080p monitor, and they’re running their games at default settings. They’re not really reaping the benefits of that high end and incredibly expensive graphics card.

The graphics card is important, but you may be able to further improve your graphics in other ways:

● Invest in a newer GPU. The GPUs of today perform significantly better than those of the past and can make a difference in your display.
● Use LCD panels. Switching out your current monitors for a monitor that utilises IPS LCD technology will result in higher colour fidelity.

Answer: Probably not. A quad-core processor will more than suffice for gaming and performing a number of other functions. A safe best is to save the extra money and invest in graphics systems rather than increase the amount of processors in your PC.

Having less than necessary memory will result in a less than responsive PC which can completely ruin your gaming experience. Speed is somewhat of an important consideration when it comes to memory, but what will really affect your gameplay is the quantity of memory that you have. You’ll be hard pressed to find a gaming PC with 4GB of memory – and that’s a good thing. The best gaming PCs today will be outfitted with 8GB or more of RAM.

Gamers need quick boot times, fast loads, low power usage and less noise. These are all benefits that an SSD or Solid-State Drive can offer its users, unlike other forms of storage. While even 512GB SSD will likely cost more than a 1TB hard drive, it’s a worthwhile investment.

If you’re on the market for an optical drive, then a recordable-DVD drive should fit the bill. These are usually under 20 pounds if you need to add it onto your prebuilt PC.

Gaming machines that were created a few years ago are energy drainers compared to today’s energy efficient PCs. Most gaming PCs, assuming they have a mid range GPU and a quad-core CPU, can easily idle at 80 watts or less. Hard-core games that demand lots of power can consume less than 300W. For most gamers (especially those who don’t plan on overclocking their systems), a 500W power supply will work perfect.

Pre Built PCs typically come with comprehensive features that all gamers will obviously want and need, such as multiple USB ports. For gamers who are planning on overclocking their PC, make sure that the motherboard in the PC you purchase will be able to handle all of the settings necessary in its BIOS. Also check the power regulation and make sure it’s sturdy enough to handle overclocking.

Surround sound is the ideal way to play a Chillblast gaming PC or laptop (chillblast.com). Your gaming PC should include on-board multichannel audio codecs. This allows for your PC to be able to handle all multi channel gaming audio. Through the use of 3D virtualisation software, your system is able to simulate multi channel audio and deliver it through stereo speakers or a headset.

Pre Built gaming PCs will come with a premade case that you likely won’t want to tinker with. When looking at the case, make sure that it is sturdy, ensures for good airflow and that it is able to offer good acoustics. You shouldn’t be stuck struggling to hear your game over sounds that resemble a strong and constant tropical wind.

If you’re on the market for a custom gaming PC, start off by really considering what it is that you want and need so that you can enjoy a full gaming experience. Some items may be worth sacrificing, such as audio, so that more attention (and money) can be spent on graphics and memory. Whenever possible, test out the gaming PC with the type of game you prefer to play, and see how it operates. This will give you a good idea if it’s the right fit for you and your games.