The Man Who Never Worked At Goldman Sachs, @GSElevator Revealed 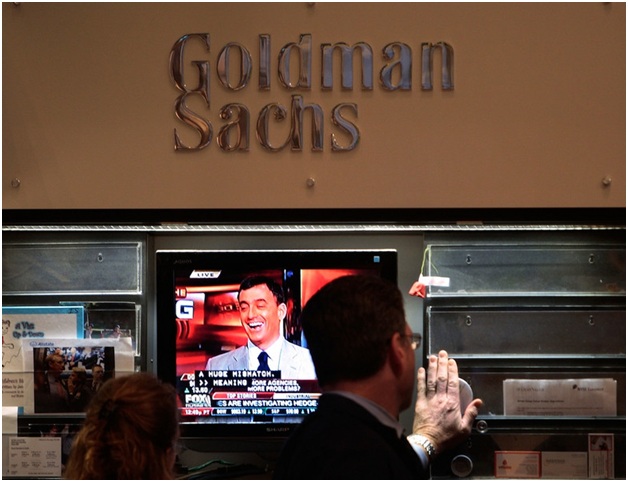 Did you hear the one about the guy who never really worked at Goldman Sachs? Here’s a snippet of wisdom from @GSElevator, the Twitter persona that purports to dish out gossip and advice overheard in the elevators of the vaunted investment bank:

#1: A basket of junk bonds has a higher risk-adjusted return than most high-grade portfolios.

@GSElevator has been teasing and pleasing Wall Street since 2011, feeding off and fueling the public anger at the 1 percent that’s been on a bull run since the start of the financial crisis. As of this writing, @GSElevator has more than 700,000 followers, and his popularity is only growing.

@GSElevator offers tips on etiquette, style, what to buy, what not to buy and how to conduct oneself, Goldman Sachs-style. The feed is a running anthropological study of the natives of Wall Street, in the mold of Desmond Morris’ “The Naked Ape,” shedding some light on a much-envied, much-despised but altogether mysterious segment of society. His tweets expose a culture of excess, misogyny, bigotry, arrogance, fast cars, loose women and junk bonds alongside plenty of advice about how to act like a real Wall Street jerk.

Just Who Is @GSElevator?

After four years of blissful and successful anonymity, the mask came off. In February, The New York Times revealed the Twitter handle @GSElevator was the brainchild of one John LeFevre, a bond executive formerly with Citigroup. As it turns out, LeFevre never actually worked at Goldman Sachs. He tried, but a non-compete agreement between the two firms kept him from a job at Citigroup’s rival. The tweets purporting to be snippets of elevator gossip at Goldman Sachs were actually the product of LeFevre’s imagination and reminiscences from his time at Citigroup. Whether or not LeFevre was bitter about being passed over, he’s clearly taken his revenge.

@GSElevator caused consternation at Goldman Sachs, but also some closet—or elevator, in this case—admiration. While he was still anonymous, trying to ferret out LeFevre’s true identity was a popular pastime at the bank. “We are pleased to report that the official ban on talking in elevators will be lifted effective immediately,” said a Goldman Sachs spokeswoman in the wake of LeFevre’s unmasking. Yes, she was being serious.

Since then, LeFevre’s rolled his Twitter career into a book deal, proving that it pays to be a player, even if you’re not. As LeFevre puts it: “I already know I’m going to Hell. So, at this point, it’s go big or go home.” After losing his first book deal with a division of Simon & Schuster because he misrepresented himself, LeFevre has bagged a new deal with Atlantic Monthly Press. His chronicle, “Straight to Hell: True Tales of Deviance, Debauchery, and Billion Dollar Deals,” is set for release in July.

@GSElevator’s advice to interns? “Don’t wear Hermes ties. You have to earn it.” Oh, and avoid the guy who says, “When I was at Goldman Sachs….” He doesn’t work there anymore, if he ever did.